Karelia - the Beautiful Land of Lakes

Karelia is rightly called “Europe's lungs”: more than half of its territory is covered by taiga and tundra forests; the rest is a dense network of more than 60 thousand lakes and 27 thousand rivers. A wonderful landscape of blue lakes with crystal clear water, magnificent waterfalls and healing springs, hillocks and barren rock and dense virgin forests attracts more and more visitors from the overpopulated regions of both Russia and Western Europe every year, giving them a great chance to enjoy virgin northern European nature. 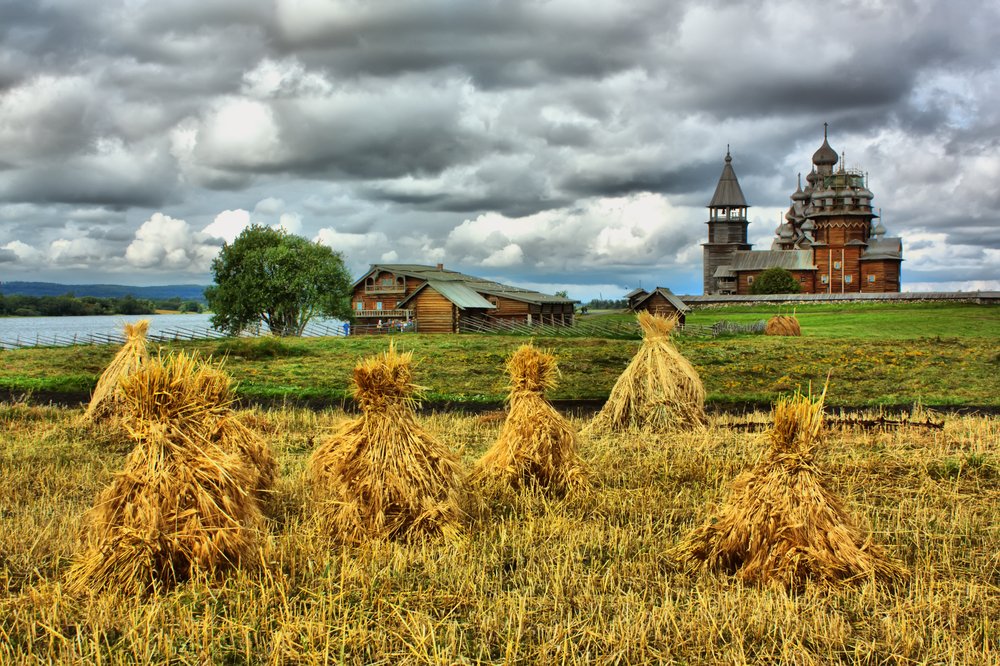 Among the most popular “attractions” in Karelia are the nature reserves and national parks - a large part of Karelia"s land is under special preservation control. The Vodlozero National Park is, for example, the largest reserve of untouched forests and marshes in Europe. In the nature reserve “Kivatch”, you will see a beautiful waterfall which is the biggest lowland waterfall in Europe.

Karelia is also a unique museum of folklore and culture, where epic poetry and traditional ceremony are cherished. It is only here that you can find the best preserved treasures of the renowned wooden architecture of Russia – from a simple house to beautiful, elaborate wooden churches. Most of the region"s wooden constructions from the 15th to the 20th centuries were gathered in one place – Kizhi island - and presented as a unique architectural ensemble. This open-air museum, which you can easily reach by boat, includes more than 80 magnificent structures. The most amazing is the 22-dome Church of the Transfiguration (1714), the oldest wooden church in Russia- the Church of the Resurrection of Lazarus. Dating from the 14th century, its whole structure was built without a single nail!!!

The island archipelago of Valaam with its ancient stone monastery from the 10th century is part of the living history of the Byzantine culture. Another unique complex of Orthodox architecture - Solovetsky monastery (15th century). It is spread over several islands and includes numerous magnificent churches, chapels, a fortress, bridges and canals.

Both Kizhi museum and Solovetsky monastery were recently added to UNESCO World Heritage List. Apart from the monuments of particularly “Russian” culture, you will also find in Karelia ancient and mysterious stone labyrinths, which date back to the second millennium b.c.

Karelia is one of the very few regions in Russia where the spiritual traditions of the ancient Russian folk culture and the pagan ceremonies of the region's original inhabitants are still followed and preserved. Over thousands of years the northern people have been able to live in harmony with the omnipotent nature which is still worshiped by them and believed to be “united” and “living”.

At the same time the administrative district Karelia ranks among the regions which infrastructure has been mostly renovated and improved since the Soviet time. Unfortunately it is not everywhere in Russia you will find such good highway roads as in Karelia … This is primarily due to the direct neighborhood with the so-called by Russians “West” (Russian-finish boarder), which had significant “European” influence over the local life culture.

The natural beauty, rich cultural diversity and the hospitality of the northern people are the best reasons for an adventure holiday in Karelia. In summer time we offer you Jeep-tours through the untouched forest fields, kayaking und rafting along the magnificent northern rivers as well as the favorite Russian holiday art – fishing. In winter there are a lot of opportunities for an unforgettable “snow-mobile safari” - driving over the boundless snow fields.