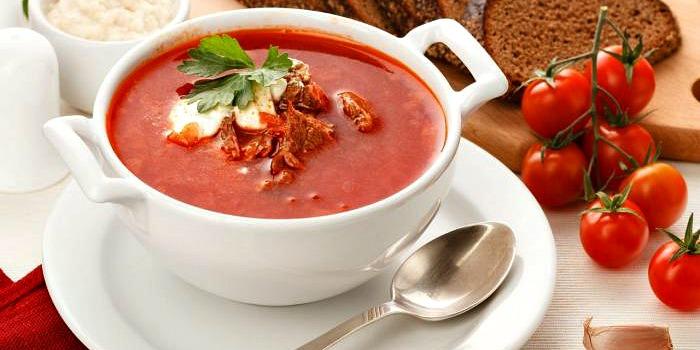 Russian cuisine has a rich history. The country offers a wide variety of soups, dishes made from fish, cereal based products and drinks. Vegetables, fruit, mushrooms, berries and herbs have always been important as well.

In imperial Russia, grain - that is rye, barley, oats, millet and wheat - was always the main food product. Even since this time the Russian people have been known as wheat farmers. That is why bread remains their major national food. Pies have always been a part of the holiday fare. The pies are customarily filled with different kinds of meat, fish, and berries. As for the grain,, millet was most often used since it was the main agricultural product. They also made various kinds of kashas (cereals), round loaves, baked puddings and all sorts of pancakes.

Russians have always eaten vegetables, such as turnips, cabbage, radish, and cucumbers. Since the 18th century, the potato began to play an ever more important role as one of the most loved ingredients in Russian dishes. At the beginning of the 19th century, Russian cooks started to derive sauces and dressings in the manner that French cuisine had long been famous for. These innovations became an important addition to the traditional Russian spices of horse-radish and mustard. All of this undoubtedly enriched Russian cooking.

Berries, mushroom, and honey abound in Russian cuisine because of the great expanses of wilderness, especially in the north.

One more important thing should be mentioned to better understand Russian cooking traditions. Russia is an Orthodox country and all the religious feasts were strictly followed. Totally there are more than 200 days in the year in which the Orthodox Christians are supposed to avoid eating meat, milk and milk products (including butter), and eggs. That is why Russian cuisine widely uses vegetables, fish, berries, and mushrooms. In order to cook tasty dishes using just vegetables it is necessary to use a variety of spices, such as dill, parsley and celery. As the country began to open trade routes to the east and south, more exotic spices become common - pepper, cinnamon, cardamom and cloves. Nearly all dishes include onion.

And, we must not forget Russian’s famous fish dishes. Russian cuisine is renowned for its diverse delicacies made from fish. Russian rivers, lakes and seas are teaming with this tasty foodstuff.